Re-Posted from the Sun Sentinel June 5, 2018 Link below

In Florida, discussion about hurricane insurance often focuses more on what isn’t covered than what is covered.

“ Did water rise up through your sliding glass door and damage your wood floor and drywall? Sorry, you need flood insurance for that.”

Now, homeowners can buy coverage that fills in those gaps. A new insurance product has emerged in Florida that reimburses out-of-pocket expenses not covered by traditional insurance.

Called StormPeace, it’s offered by a company, Assured Risk Cover, that promises to wire money to policyholders’ bank accounts within 72 hours after storms with no inspections, no adjusters and no deductible.

Policyholders have 45 days to submit proof of loss — receipts, contractors’ estimates, even a handwritten affidavit, said Alok Jha, founder and CEO of the Pleasanton, Calif.-based company, which began offering policies to Floridians in 2017.

Homeowners can purchase up to the amount of their hurricane deductible, capped at $60,000. The coverage can be used for a wide range of hurricane-related expenses, including food spoilage, generators, gasoline, damaged fencing, downed trees, flood damage from storm surge, damaged car ports, evacuation expenses and more. 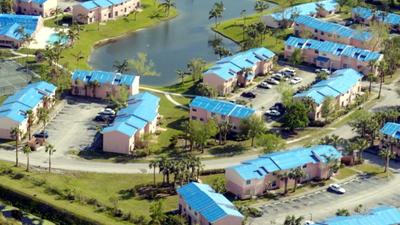 After Hurricane Irma’s journey through Florida last year, nearly a third — or 297,000 — of 924,400 insurance claims were closed with no payment, according to the Florida Office of Insurance Regulation. Many of those were because the estimated cost to repair damage fell short of policyholders’ deductibles, leaving policyholders to make up the difference.

In a telephone interview, Jha said he left his career in catastrophe risk software modeling about five years ago to concentrate on doing “something meaningful rather than just making money.”

After developing and patenting the concept behind StormPeace, he found a venture capital firm to back the company financially and has purchased “tens of millions of dollars” in reinsurance from a major global reinsurance provider, he said.

Homeowners can purchase as little as $1,000 in coverage for the year at prices that depend on where their home is located but average 6 percent of their coverage limit.

Although using it to supplement traditional homeowner insurance policies is the ideal approach, the product is also available to anyone without traditional insurance, including renters and owners of manufactured homes. 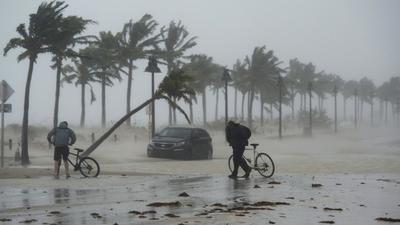 The amount of the payout depends on the strength of the storm and how close it gets to a policyholder’s home. As the storm passes, the company sends its policyholders an email telling them how much money they can claim.

“As long as the hurricane triggers are met, how the loss occurred doesn’t matter,” Jha said.

Jennifer Peeples, owner of a Sarasota insurance agency, said she decided to try it out last year and paid $303 for up to $5,000 in coverage. “When the storm passed 26 miles from my home as a Category 2, I got an email saying I qualified for $750 and two days later it was in my account,” she said.

She used the money to replace spoiled food, broken fence boards and screens blown out of her screened porch, and to clean up downed limbs in her backyard, she said.

Since then, Peeples has become one of the product’s biggest cheerleaders. All nine of her employees are now covered, she said, adding one in four of the agency’s new and renewing customers buy it after hearing how it works.

The Florida Association of Insurance Agents endorsed it and has urged its members to offer it to their customers, association president Jeff Grady said.

“We did research on the company and thought they were real professionals, that they knew their stuff,” Grady said. “We believed they have strong backing and a thoughtful idea. We want to see if it takes hold in the marketplace.”

Another believer is former longtime Florida Insurance Commissioner Kevin McCarty, who has agreed to join the company’s board of advisers, the company announced last week. 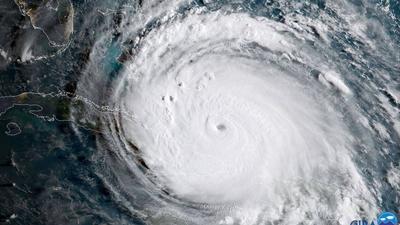 With hurricane activity in the U.S. increasing over the past two years, other companies are developing supplemental insurance products.

Vertus Insurance Partners, based in Jacksonville, developed Cat4Home in late 2016. It offers deductible reimbursement from losses covered in homeowners’ existing policies and “select non-covered, excluded perils and/or limited coverage” in those policies, according to Vertus’ website.

In April, Ormond Beach-based Security First Insurance Co. submitted a proposal to offer supplemental Hurricane Expense Coverage for items that have been excluded from their policies.

Depending on what customers choose, coverage would kick in when a loss is caused by sustained hurricane force winds of at least 74 mph or gusts of at least 96 mph.

StormPeace, meanwhile, undergoes no state review because it is sold through an unregulated surplus carrier. In October 2016, an attorney for the state office told StormPeace that it had no objection to the product but might take future administrative actions “should evidence arise” that the company is making false or misleading claims or operating in violation of the law.

Jha hopes to expand to Texas and Louisiana next year and eventually all states on the East Coast and Gulf of Mexico vulnerable to hurricanes, he said.

Sales in Florida so far this year are strong, he said, although he declined to provide specific numbers. But he said the company has exceeded its 2017 sales in just the first eight weeks.

Peeples said her agency has sold 117 policies in the past six weeks. “It’s been a very successful program for us,” she said.

This story has been revised with information about Vertus Insurance Partners’ Cat4Home product.

Be Prepared. Become an Adjuster.

A Weather Report can Change your Life